2017 was the inaugural year for the BCBO. We had just purchased the land that we named the Saddle Sore Ranch, and there was literally NOTHING on the property, except for a shitty old travel trailer, a makeshift stage (that we ended up using for 3 years) and a couple stacks of pallets. Some of which were thrown together for a makeshift bar (that we ended up using for 3 years). Most of the land was still not cleared of the million year old desert brush. We put a call out, and we had a total of 11 teams register. Most all of them were from Las Vegas, and several teams were all female. Despite the baron host location, a fantastic time was had by all. One of the teams, team “Four Play” instigated some flat track racing around our main area, known as “Town Square”, and that was the birth of the flat track races at the Saddle Sore Ranch. The competing teams that placed in the 2017 BCBO were; 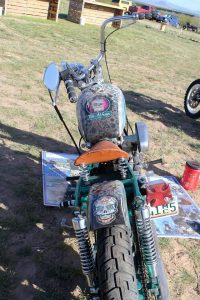 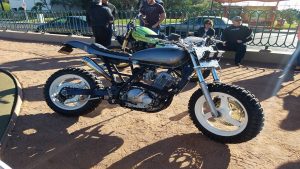 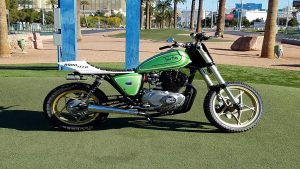 Check out team bios, bike photos and more, from winners of previous years’ Blue Collar Build Off by selecting a year below.

If you would like to register for the next Blue Collar Build Off, you may do so by visiting our REGISTRATION PAGE.